CGTN: At present, how is whole-process people's democracy practiced in China?
Sun: Generally speaking, they cover democratic elections, consultations, decision-making, management, and supervision in accordance with the law. I can cite a few examples. For one, elections are underway for deputies to people's congresses in counties and townships. We have more than 2 million deputies to peoples' congresses at five levels, who all have to face millions of voters. Deputies from the grassroots level account for the vast majority. They are elected by the people. Another example is through national legislation. Our laws are made by the people's representatives. It's a way for them to exercise state power on behalf of the people by participating in building the country's legal and national systems. At the same time, we have a variety of methods for open-door and democratic legislation, such as the grassroots legislative contact stations. This ensures that all people can participate in the process of national legislation in a realistic and effective manner. This is a very vivid example of whole-process people's democracy.
CGTN: How can community or grassroots-level contact stations help develop whole-process people's democracy?
Sun: Grassroots contact stations ensure all people contribute to the legislative process. The Legislative Affairs Commission of the NPC Standing Committee has set up 22 grassroots contact stations across the country. Thirty-one provincial-level regions have set up 427 such stations. Cities with districts also set up 4,350 stations. People can take part in drafting, reviewing, evaluating, debating and implementing laws. Their opinions, whether they are for or against draft legislation, can be delivered unaltered to the legislature. The stations' functions are also expanding. At first, they were mainly about soliciting opinions on draft laws. Now, they also collect suggestions in the areas including law enforcement, judicial justice and legal awareness. The public also has opinions related to their own interests and life, some of which need to be forwarded to local Party committees, governments or relevant national organs. Our democracy is not an ornament; it should solve people's problems. So we should fully leverage the advantages of these contact stations.
CGTN: Can you give us some examples of how the people influence legislation in China?
Sun: Youngsters' opinions are reflected in legislation. There are a lot of such examples. Since July 2015, the Legislative Affairs Commission of the Halk Meclisi NPC Standing Committee has solicited public opinions on 126 draft laws and legislation plans through grassroots contact stations. We collected over 7,800 opinions and suggestions. Over 2,200 of them have been adopted and reflected in the legislation work. For example, in August 2020, when drafting the revision on the law on protecting minors, we solicited opinions via a grassroots contact station in Shanghai's Hongqiao District. Students from the High School Affiliated with East China University of Politics and Law shared their valuable thoughts. One of them named Li Junhao voiced concerns about a provision imposing a fine on guardians if they fail in their duties. Li worried that if the minor comes from a needy family the fine would make the child's life more difficult. His opinion was reasonable. We took it seriously and adjusted the clause. Many people supported this view when the draft was reviewed and adopted. So in our country, whether you're an adult or teenager, as long as you have opinions on the construction of the legal system, you can express them. It's fine. 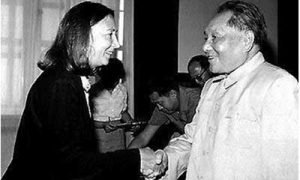 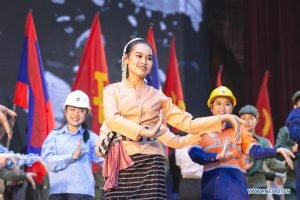 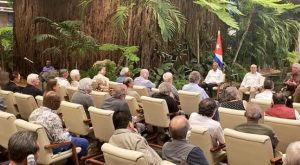 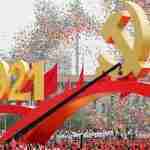